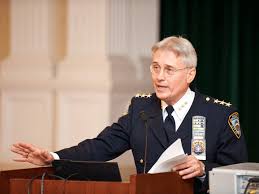 Phil Pulaski has 36 years of law enforcement experience, and was Chief of Detectives of the NYPD for more than 5 years where he was responsible for 3,600 personnel. During his 33 year career with the NYPD, Phil Pulaski managed patrol, investigative, counterterrorism, community affairs, quality of life, traffic and other public safety operations. Phil Pulaski is currently serving as a sworn member of the command staff of the Miami Beach PD, and is managing the Criminal Investigations Section. In addition to conducting major crime investigations, his team is developing national standards for the use of RAPID DNA technology by crime scene technicians to expeditiously produce actionable investigative leads.

In recent years, the NYPD has ramped up international efforts through positioning officers in major municipal police departments in regions where ISIS and other terrorist groups exist. Since 9-11, embedded intelligence officers have been placed in cities such as Sydney, Paris, London, Amman, and Jerusalem.

According to NBC New York, a compelling reason to do this is to be able to share and assess vital intelligence information in real time, and with minimal interference. Since 2011 there have been more than 20 incidents thwarted, many of which involved perpetrators with international ties.

Another aspect of this operation involves helping prevent terrorism in foreign countries. The Paris terror attacks in 2015 led to NYPD intelligence officers worldwide gathering in London and coordinating approaches to information sharing and logistics with their foreign counterparts.

As Antwerp's intelligence chief described it, the challenge was to go beyond simply sharing information and coordinate expertise and best practices in ways that build capacity synergistically. One example of this was the NYPD reviewing Antwerp's marathon security protocol following the bombings at the Boston Marathon.
Posted by Phil Pulaski at 9:41 PM No comments: