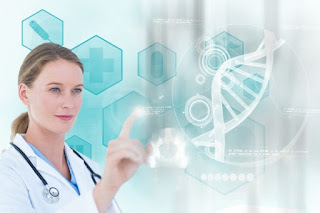 Phil Pulaski retired from the New York City Police Department (NYPD) after more than 33 years of service. He spent his last five years in the NYPD as Chief of Detectives and oversaw 3,600 personnel citywide. As Chief of Detectives, Phil Pulaski also was responsible for the largest municipal forensic laboratory, crime scene unit and latent print unit in the United States. He subsequently worked with his friend Chief Daniel Oates in the Miami Beach Police Department (MBPD) and helped the crime scene unit implement RAPID DNA technology. While working in the MBPD, Phil Pulaski became a member of the FBI RAPID DNA Task Force and American Society of Crime Laboratory Directors (ASCLD) RAPID DNA Task Group. Phil Pulaski is helping lead a collaborative effort within the law enforcement, legal and forensic science community to develop nationwide protocols for the use of Rapid DNA technology by police agencies in a non-laboratory environment.

As reported by NBC News in late 2019, RAPID DNA technology can provide results from crime scene DNA that helps identify criminals in a matter of hours, rather than the months that was previously the case. Developed by 2 different private companies, the Rapid DNA instrument is approximately the size of a microwave oven and can be operated by a properly trained police officer.

The RAPID DNA instruments are designed to automate the complex and painstaking process of traditional DNA analysis. Working with single source biological evidence, the sample is loaded within a disposable “chip” and placed in the instrument. Within two hours, a traditional electropherogram and corresponding DNA profile are generated.

Law enforcement expert Phil Pulaski has been a featured speaker at events such as the International Association of Chiefs of Police, American Society of Crime Laboratory Directors and International Association for Identification. During March 2014, Phil Pulaski retired as Chief of Detectives of the NYC Police Department (NYPD) where he managed 3,600 personnel who, during 2013, investigated more than 256,000 felony and misdemeanor crimes (including 335 homicides) and arrested than 39,000 offendersRecently, the NYPD promoted Rodney Harrison to be the first African American to serve as the Chief of Detectives. Previously, Chief Harrison was the Chief of Patrol where he implemented numerous successful innovative community policing programs. Chief of Detectives Harrison has prioritized reducing crime and building community relationships, and is well positioned to lead New York’s detectives.In recent years, generational distrust between communities and the police have been exacerbated by tragic high-profile incidents. For this reason, community relationship building has taken on greater importance. There are a variety of methods available to departments looking to improve community relations. For example, departments can engage the community in joint planning and problem solving, providing an avenue for the public to voice their concerns. Other options include improved training, promotion through youth development programs, and connecting members of the public to social resources.There are several actions individual police officers can take as well. In addition to volunteering within their assigned precinct, officers can interact more often with citizens in peaceful situations. These actions build personal relationships with citizens, and allow the public to get to know person behind the badge.
Posted by Phil Pulaski at 9:13 PM No comments: