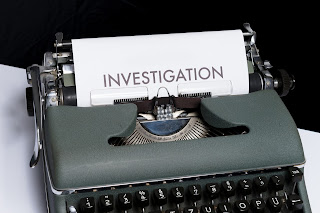 Phil Pulaski has 37 years of law enforcement experience and has been an attorney for 40 years. During March 2014, he retired as NYPD’s Chief of Detectives where he was responsible for 3,600 personnel. Phil Pulaski attended St. John's University School of Law in Queens, New York at night, and received a Juris Doctor degree in May 1980. He passed the New York State Bar examination in July 1980, and was admitted to practice law in New York State. Phil Pulaski was subsequently admitted to practice law in the US Supreme Court, US Court of Appeals 2nd Circuit, and US District Courts for the Eastern and Southern Districts of NY. In December 2017, Phil Pulaski received a Master of Laws (LLM) advanced law degree summa cum laude from Touro Law School.

The American Bar Association was founded on August 21, 1878, in Saratoga Springs New York by 75 lawyers from 20 states and the District of Columbia. The purpose of the original organization, as set forth in its first constitution, was "the advancement of the science of jurisprudence, the promotion of the administration of justice and a uniformity of legislation throughout the country...." The legal profession as we know it today barely existed at that time. Lawyers were generally sole practitioners who trained under a system of apprenticeship. There was no national code of ethics; there was no national organization to serve as a forum for discussion of the increasingly intricate issues involved in legal practice.

Throughout its history, the ABA has strived to promote ethics in the legal profession, and has introduced model ethics rules to guide state bar associations in the formulation of mandatory state ethical standards. During 2016, the ABA introduced a new ethics rule prohibiting attorneys from using sexist, racist and condescending terms. The rule also prohibits attorneys from engaging in discrimination based on age in the conduct of bar association activities.